September 30, 2021
There are two components to the “infrastructure” plan being debated in Congress – a plan to do construction and a plan to distribute money to people. There is bipartisan support for the “hard” infrastructure bill to repair roads and bridges, expand internet access, and do other types of physical work. The “soft” distribution portion is actually a down payment on reparations for slavery. President Biden is committed to paying reparations because his election was totally dependent on the support of the black community, epitomized by his primary victory in South Carolina, which was engineered by black congressman Jim Clyburn, and which made him the Democratic nominee after losing badly in earlier primaries. Although President Biden has traditionally been a moderate Democrat, his obligations to both the black electorate and the progressive wing of the Democratic party are pushing him strongly to the left. The gigantic portion of his infrastructure plan that is not for physical constructi
Post a Comment
Read more 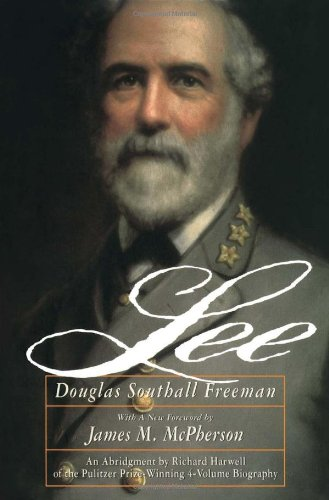 The following is from a Christmas 1856 letter that Robert E. Lee wrote to his wife.  At the time he had never owned more than half a dozen slaves, and they had probably been inherited or given to him by his father-in-law, Mr. Custis.  “In this enlightened age, there are few I believe, but what will acknowledge that slavery as an institution is a moral & political evil in any Country.  It is useless to expatiate on its disadvantages.  I think it however a greater evil to the white than to the black race, & while my feelings are strongly enlisted in hehalf of the latter, my sympathies are more strong for the former.  The blacks are immeasurable better off here than in Africa, morally, socially & physically.  The painful discipline they are undergoing, is necessary for their instruction as a race, & I hope will prepare & lead them to better things.  How long their subjection may be necessary is known & ordered by a wise Merciful Providence.  Their emancipation wi
Post a Comment
Read more

September 21, 2021
Watching the analysis of the 20 th anniversary of 9/11, I was stuck by how many of the talking heads were Muslims.   It looked like 9/11 and Osama bin Laden were the best things that ever happened to American Muslims.   Twenty years ago, you seldom saw women wearing head scarfs; now you see them everywhere.   It was a rough few years for Muslims immediately after 9/11 as suspicious minds tended to believe that all Muslims were terrorists.   But then the reaction set in.   American media and academia defended and supported Muslims as good, ordinary people.   As a result Muslims and Islamic ideas have become much more important to American politics and thinking.   America has become more Islamic and less Christian.   Islamists not only won the war in Afghanistan, they won the war for minds in America.   Osama bin Laden did not “win,” but he should be proud of what he accomplished in terms of promoting Islam.   In 2001, there were no Muslims in the American Congress; today there
Post a Comment
Read more

September 15, 2021
In its effort to control global warming and the resulting climate change, the world should not ignore nuclear power.  Nuclear power produces no greenhouse gases.  Many environmentalists oppose nuclear power because they fear an accident.  They would rather freeze in the dark than build another nuclear power plant to keep the heat and lights on.  Dealing with climate change would be easier if the it did not require giving up creature comforts like heat, light, the internet, electric cars, and all the other things that run on electricity.  We can produce electricity without producing greenhouse gases.  We should not turn out backs to that option.  With current technology, it appears unlikely that the US can replace all carbon-fueled electric generation plants with renewable sources of electricity.  Wind and solar can produce significant amounts of electricity, but neither can be depended on to produce the needed amount 24 hours a day, 365 days a year.  Hydroelectric power from dams ha
Post a Comment
Read more

A Different View of Lee

September 01, 2021
The Abbeville Institute published a letter by L. Q. C. Lamar written on December 5, 1870, to commemorate Robert E. Lee’s death, which offers view of Lee very different from what we hear today.  Lamar wrote: The day of his death will be the anniversary of the South’s great sorrow. But it was not his darkest day. I was at Appomattox when the flag which had been borne in triumph upon his many battlefields was torn from his loving and reluctant grasp. After the terms of capitulation had been arranged, chance brought him to the spot where my tent was pitched.   I had seen him often before. On one occasion, especially, I remember how he appeared in a consultation of leading men, where, amid the greatest perturbations, his mind seemed to repose in majestic poise and serenity. Again, I saw him immediately after one of his grand battles, while the light of victory shone upon his brow.   But never shall I forget how completely his wonted composure was overthrown in this last sad inter
Post a Comment
Read more

August 28, 2021
I have had two brushes with Vietnam during my life: one was serving in the Army artillery in Vietnam during the war, the second was overseeing databases of Vietnamese who wanted to go to the United States after the war.  When I was in Vietnam from 1969 to 1970, I had very little interaction with the Vietnamese. I was in a heavy artillery battery that supported American Army soldiers on the ground.   Most of the time we were stationed at firebases in the middle of nowhere, with no Vietnamese around.   A few times we had Vietnamese units on the same firebase, but we did not interact.   They supported Vietnamese units and we supported American units.   We were in northern South Vietnam, which the Army called I Corps.   Occasionally I would ride into town with supply trucks; so, I occasionally saw Hue and Quang Tri. At Firebase Barbara, on a lonely mountaintop not too far south of Khe Sanh on the Laotian border, all of our resupply was done by helicopter.   When Saigon fell, I had no per
Post a Comment
Read more

August 04, 2021
I was disappointed by this Atlantic Magazine article by Anne Applebaum about Mike Lindell, the “My Pillow” guy.  The title says, “The MyPillow Guy Really Could Destroy Democracy,” and the subtitle says, “In the time I spent with Mike Lindell, I came to learn that he is affable, devout, philanthropic – and a clear threat to the nation.”  After reading the article, I failed to see the threat he presents. Presumably, this is the threat that Democrats see everywhere: Trump’s attempt to undo the last election and reinstate himself as President. I don’t see this a likely to happen and I am thus not alarmed by it. Apparently, Lindell has something called “packet captures,” which are some kind of computer data proving that the Chinese stole the last election from Trump. But her article never makes clear what these packet captures are, or how the Chinese altered electoral results. I do not believe that there is anything to this. Perhaps, if you thought it would prove that Trump won the ele
Post a Comment
Read more
More posts